The Action Alliance is proud to be hosting a Richmond screening of the documentary Moananuiākea: One Ocean. One Canoe. One People this month. Moananuiākea celebrates the historic worldwide voyage of Hōkūleʻa, a traditional Polynesian canoe, that circumnavigated the globe from 2013-2017. The voyage connected people from around the world to learn with each other and find ways to collaboratively protect the cultural and environmental resources for future generations. This story is a beautiful illustration of what it means to have bold vision 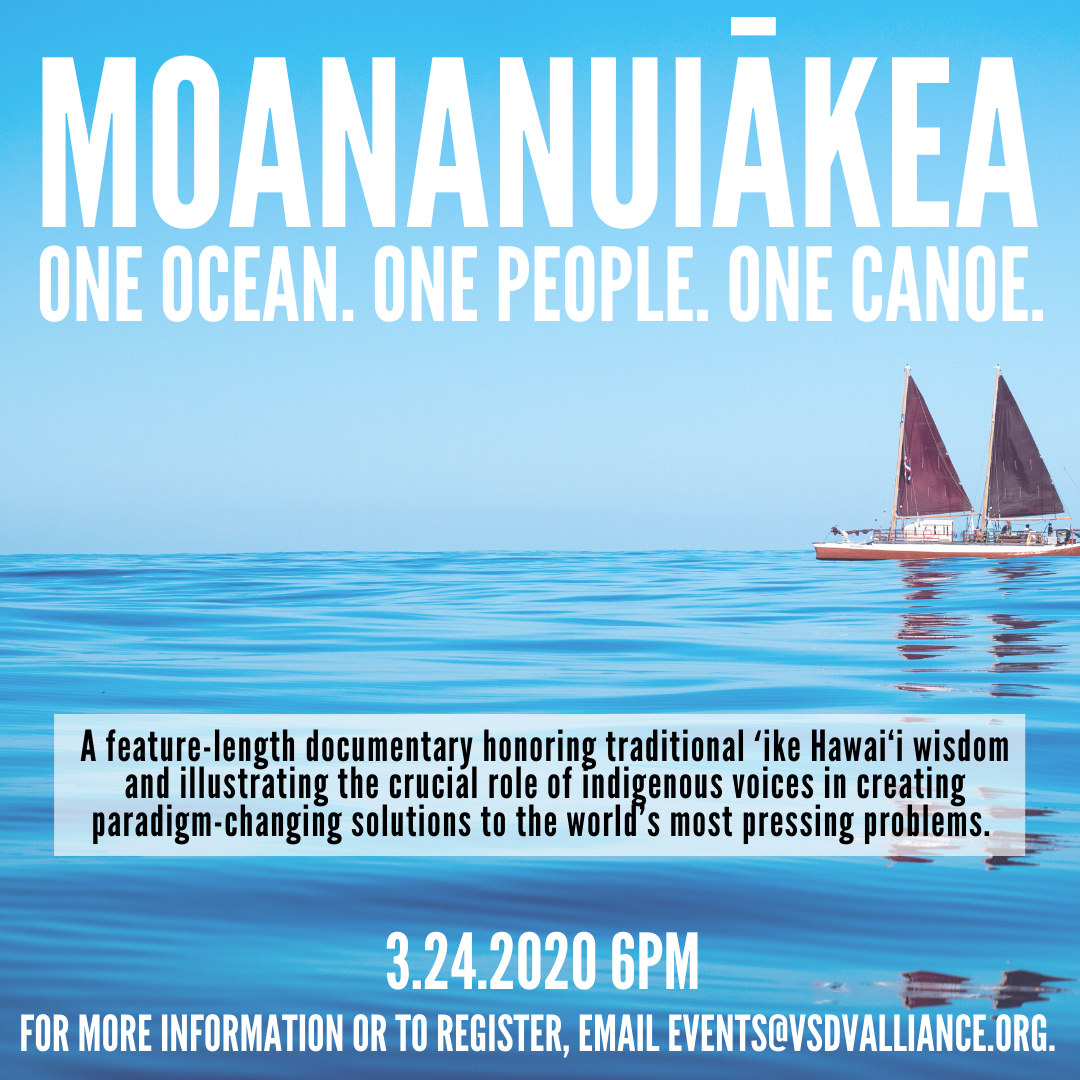 , connect with ancestral wisdom, center the experiences of indigenous voices, honor intergenerational wisdom and mentoring…and so much more.

Moananuiākea illustrates the crucial role of indigenous voices and perspectives in both storytelling and in creating paradigm-changing solutions to the world’s most pressing problems. The film honors ʻike Hawai‘i — traditional wisdom of our island culture — on a global stage. It extends the values of the Mālama Honua Worldwide Voyage and the Hōkūle‘a, a beacon of sustainability, unity and culture, beyond the voyaging community for perpetuation in the wider world.

Moananuiākea plays a vital role in carrying the enduring legacy of the Mālama Honua Voyage into the future. The voyage’s groundbreaking conservation and preservation initiatives have already inspired countless new practices to protect our environment. The wildly successful revival of a traditional art that was nearly extinct has created a resurgence of pride and respect for native cultures and encourages the active rediscovery of forgotten cultural practices. The film does more than bring the audience to the sea, it shows them how our ancestors have always had the keys to a collectively bright future and how it is up to us to use them.

The screening will take place March 24th at 6:00 pm at the Institute for Contemporary Art in Richmond, VA. You can see the trailer here, and go here to RSVP to the event on Facebook. For tickets, see this link.