Created back in 1889 by Robert E. Lee’s nephew, Lee-Jackson Day was established to honor two Confederate generals from the Civil War, Robert E. Lee and Thomas “Stonewall” Jackson. Despite many Virginia cities choosing no longer to observe Lee-Jackson Day (including Richmond, Charlottesville, and most recently Blacksburg), Virginia remains the only state in the nation that continues to celebrate this holiday.

The question of whether this remnant of the Confederacy should still be around today is not new, but has become a point of national attention, particularly in the wake of events like the “Unite the Right” rally in Charlottesville this past summer. Statues, schools, and roads all bear the names of men who led the treasonous seceding states in the Civil War. Arguments in favor of keeping these vestiges alive involve the character of men like Lee: “He wasn’t pro-slavery, he just inherited them from his father-in-law!” “He was an amazing war general!” “He was a good and honorable man!”

Recently, I saw statements like these pop up in a different national conversation: #metoo. “He’s not a rapist, he just made a mistake!” “He’s a brilliant athlete/ director/ businessman!” “He’s a nice guy, he’d never hurt a fly!” As survivors of sexual violence and harassment like the Silence Breakers (led by Tarana Burke, and including Ashley Judd, Dana Lewis, etc.) garnered national attention for sharing their stories, many rape-apologists and victim-blamers came out of the woodwork. For every accusation against a specific abuser, I saw a string of comments expressing how implausible it was that Person X could ever do something like that because of their impeccable character, or that it was unfair to besmirch their name and try to rob them of their bright future/career. 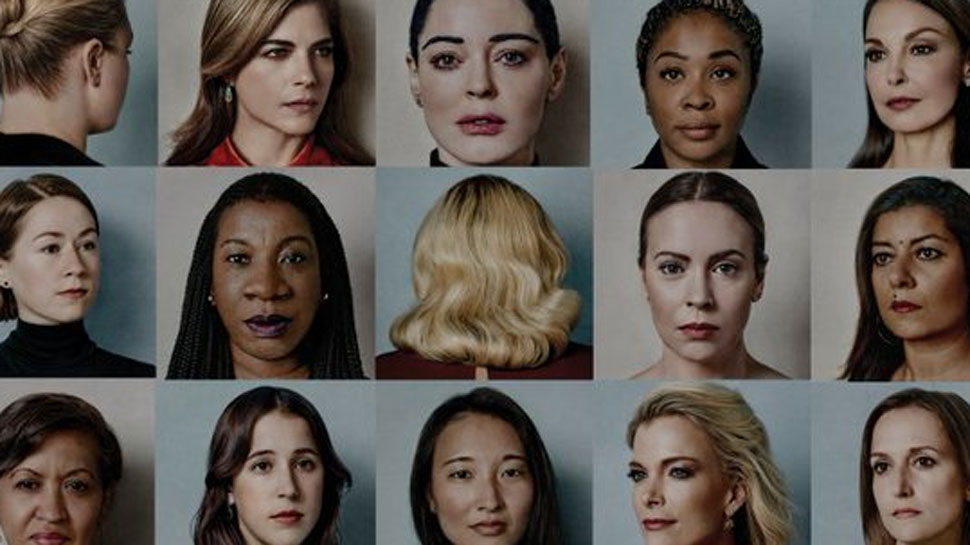 The entertainment industry has been central to this wave of silence breaking, especially after the dozens of accusations against Harvey Weinstein hit mainstream news. We saw and heard the stories of many brave individuals who were pressured, coerced, threatened, and forced into things they weren’t comfortable with. And we saw an outpouring of support for these survivors, most recently with Oprah’s powerful speech at the Golden Globes. Her entire speech was beautiful and worth watching (check it out here), but this excerpt felt particularly relevant: “…What I know for sure is that speaking your truth is the most powerful tool we all have. And I’m especially proud and inspired by all the women who have felt strong enough and empowered enough to speak up and share their personal stories. Each of us in this room are celebrated because of the stories that we tell, and this year we became the story.

But it’s not just a story affecting the entertainment industry. It’s one that transcends any culture, geography, race, religion, politics, or workplace. So I want tonight to express gratitude to all the women who have endured years of abuse and assault because they, like my mother, had children to feed and bills to pay and dreams to pursue. They’re the women whose names we’ll never know. They are domestic workers and farm workers. They are working in factories and they work in restaurants and they’re in academia, engineering, medicine, and science. They’re part of the world of tech and politics and business. They’re our athletes in the Olympics and they’re our soldiers in the military.”

If we circle back to Robert E Lee’s history, we see accusations leveled against him as well by brave individuals who spoke up about the injustices they faced knowing it could lead to retaliation. In 1859, Wesley Norris, a man enslaved under Lee’s control in Arlington, Virginia, attempted to escape his enslavement with his cousin and sister but was unfortunately captured. In 1886, Norris testified to the National Anti-Slavery Standard about what transpired when they were returned to Arlington. Norris stated that Lee ordered that he and his cousin receive 50 lashes. As the county constable carried out the order, Norris recalls “Gen. Lee, in the meantime, stood by, and frequently enjoined Williams [the constable] to ‘lay it on well,’ an injunction which he did not fail to heed; not satisfied with simply lacerating our naked flesh, Gen. Lee then ordered the overseer to thoroughly wash our backs with brine, which was done.” Two additional, anonymously published letters corroborated the testimony.

The accounts of this event are well documented. You can read about it here and here.

A black man, an enslaved man, spoke his truth about the violence he endured at Lee’s command, probably knowing full well that the world at large would likely not be empathetic to his case and that he could face retaliation, either in the form of verbal insults or all-out physical assaults. Lee denied the accusations, and those who supported him (or his legacy) ignored or denied Norris’ testimony, choosing instead to focus on the fact that he eventually freed his slaves (when his father in-law’s will legally required him to do so) or that he made a statement in a letter to his wife where he wrote that “slavery as an institution, is a moral & political evil in any Country” (even though he went on to say that somehow slavery was a greater evil to white people than black people and that “the painful discipline they are undergoing, is necessary for their instruction as a race”).

We’ve seen this pattern for centuries. Men who abuse and assault are praised for their accomplishments, whether they lead a war or are Academy Award-winning filmmakers, and the stories of the victims who suffered at their hands are buried, minimized, or denied. We wouldn’t celebrate a Harvey Weinstein Day, a Woody Allen Day. or a Ben Roethlisberger Day. And we shouldn’t celebrate Lee-Jackson Day.

Laurel Winsor is the Events Coordinator at the Virginia Sexual and Domestic Violence Action Alliance. She received her Bachelor of Arts in Social Justice at James Madison University in December, 2016.