RESPONSIBLE (or CONSENSEUAL or ETHICAL) NON-MONOGAMY: Any relationship that is not sexually and/or emotionally exclusive by the explicit agreement and with the full knowledge of all the parties involved.

POLYAMORY: (Literally, “poly” meaning “many” + “amor” meaning “love”) The state or practice of maintaining multiple sexual and/or romantic relationships simultaneously, with the full knowledge and consent of all the people involved.

SWINGING: The practice of having multiple sexual partners outside of an existing romantic relationship, most often with the understanding that the focus of those relationships is primarily sexual rather than romantic or emotionally intimate.

Everyone has expectations of the people in their lives. Sometimes those expectations are hard and fast with no wiggle room (ie. I have an expectation of safety and bodily autonomy. Therefore, if you are physically violent with me, I will leave.) Other times, the expectations may be of high importance but there’s an understanding that there’s room for potential error (ie. I have an expectation of honesty but recognize that being transparent can be difficult. I will hold you accountable when you are dishonest.) Whether they’re called rules, boundaries, expectations, understandings, or something entirely different, it’s reasonable and common for people to assert them and expect others to respect them.

As advocates, it’s easy for us to wrap our minds around this concept in monogamous relationships. We understand that people have lots of different rules and agreements made with their partner: fidelity, consultation about major financial decisions, expectations of home maintenance. However, sometimes relationship rules can assert an unfair level of control. Where that line is drawn is different for everyone Some people might find a rule of “If you’re going to spend over $100, we need to have a conversation about it first” extremely inhibiting. Others might not care. Some people might be totally okay with a rule of “No sexual or romantic relationships with anyone beyond the two of us.” Others might feel limited by this.

Those of us in the fields of sexual and domestic violence have learned to identify how rules can be used as tools of power and control in monogamous relationships. It’s not uncommon to see relationships where one person controls their partner’s behavior by isolating them, telling them who they can and cannot talk to, and limiting when/how they communicate with others. We know what red flags look like in monogamy, and how to talk to empower people to make changes that honor their needs, but can we recognize these red flags in consensual non-monogamy?

As people begin exploring consensual non-monogamy, they can experience a medley of emotions; liberation, trepidation, excitement, insecurity, growth, discomfort. When navigating something new and scary, people often take precautions to prepare ourselves. Even if someone is absolutely stoked to sky-dive out of a plane, they still create a mental and physical safety net for themselves. So it’s not uncommon for people to establish rules or boundaries when they dive into consensual non-monogamy. In the swinging community, folks might start out with rules of “we only swing together” or “we do not have penetrative sex with other partners”. These boundaries can be to protect the sexual health of all involved, people’s own emotional well-being, or both. Someone beginning to explore polyamory may have an expectation that their partners don’t engage sexually or romantically with their friends, or only with people that they don’t share a social circle with. All of these expectations limit their partner’s behavior or engagement with others. But how do we recognize, and then empower others to identify, whether or not these expectations are healthy?

All relationships have a level of give-and-take compromise. Sometimes that’s as small as not eating at your restaurant of choice for dinner, but often, it’s bigger. One thing we can be mindful of in determining whether or not a rule in a relationship is healthy is the mindsets of all involved parties. If someone is enforcing a rule or boundary, they should be mindful of where it stems from. Are they feeling insecure, anxious, threatened, jealous? If so, that’s okay. Those are all entirely valid feelings, even in consensual non-monogamy. Awareness of those feelings is an important step, as is taking accountability for the fact that those feelings are theirs to own and are not “caused by” their partner’s actions. A big red flag in non-monogamy, just like in monogamy, is if someone is blaming their partner for their negative emotions. 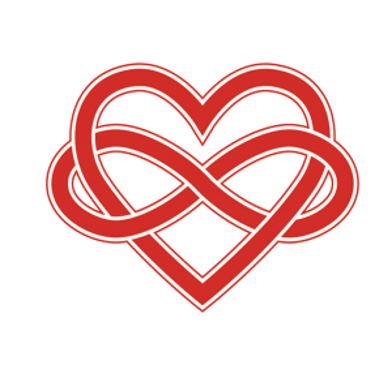 We should look at whether or not people asking for their partners to restrict their behaviors are considerate of how long rules need to be in place. Using metaphorical training wheels makes a lot of sense, but is it fair of someone to impose restrictions on their partners forever? Saying “I know it’s important to you, but I do not want to hear about your relationships with your other partners,” is different from “I feel insecure when you talk about your other partners, but I know it’s important to you. For now, can we limit that talk to light topics, and as I adjust to this, maybe we can begin to discuss things a little more in-depth?” Another red flag is the unwillingness to compromise. There’s a difference in the assertion of control between someone who has an unyielding rule about being Facebook official with their polyamorous partner who is dating three people and someone who says “Visibility is really important to me. If being Facebook official isn’t something you can do, how else can you show people that we’re together?”

One of the other ways we can keep an eye out for red flags is to examine how the person being asked to implement the rule is feeling. Do they feel like they have room to ask for compromise? Is this rule compromising an important value of theirs? Do they fear for their safety or well-being if they say no? Are there power dynamics at play that need to be explored? For example, someone who has been practicing polyamory for over a decade might want their brand-new-to-poly girlfriend to meet all their other partners. If their approach is “Look, I’ve been doing this a long time, and if you really want to be polyamorous, you have to just get over your fears and learn to get along with all the other people I’m dating,” that leaves a lot less room for compromise than “I understand why this makes you uncomfortable, and also it’s really important to me. Is meeting my partners something you’re interested in doing, and if so, how can we make that process go smoothly for you?”

As advocates, we should be wary of making assumptions when it comes to consensual non-monogamy. Non-monogamous relationships are not inherently unhealthy. People are not automatically victims because their partner is interested in developing or has multiple relationships. Similarly, consensually non-monogamous folks are not immune to engaging in abusive and controlling behaviors. The same power dynamics we see in monogamous relationships can rear their heads in any other relationship structures. In consensual non-monogamy, unfair restrictions and control can be asserted both by people who don’t struggle with jealousy and those who use rules to manage their insecurity. Every relationship deserves an empathetic, unbiased, and nuanced conversation when it comes to determining whether people feel their boundaries are being violated. That’s one step we take to committing to end intimate partner violence for everyone.

Laurel Winsor is the Events Coordinator at the Virginia Sexual and Domestic Violence Action Alliance and has her BA in Justice Studies from James Madison University. She is a black belt in martial arts, real-life social justice warrior, baker, climber, sister, and professional hype-man.
Read more news